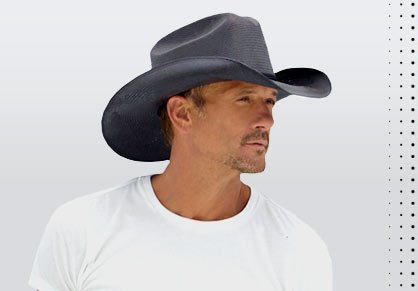 Tim McGraw has sold more than 40 million records worldwide and dominated the charts with 38 #1 singles. He’s won 3 Grammys, 14 CMAs, 10 AMAs, 16 Academy of Country Music Awards, 3 People’s Choice Awards and numerous other honors. His iconic career achievements include being named BDS Radio’s most played artist of the decade — across all music genres — as well as having the most played song of the decade with “Something Like That.” Since his 1992 debut, he is the most played country artist, with two singles spending over 10 weeks at #1 (“Live Like You Were Dying” and “Over and Over”). “Humble and Kind” off of his Damn Country Music album has also inspired an illustrated book. His critically acclaimed acting skills were highlighted in the award-winning movies Friday Night Lights and The Blind Side.