If the Mississippi River could but talk, what tales it could tell. Stories about the pioneers who led westward expansion, the wars that shaped a nation, the colourful characters who left their legacy in towns and cities along its banks. Known fondly as the Big Muddy, the river rises in northern Minnesota, flows some 2,340 miles south, through or along 10 states, before emptying into the Gulf of Mexico at New Orleans. All good facts, but it’s the little gems you uncover on a Mississippi cruise that make the river journey a must.

Forget Elvis and Graceland, when in Memphis the Peabody Hotel is the place to go. Especially at 11am, when five ducks march from their ‘palace’ on the roof of the hotel to the lobby fountain, where they stay until 5pm. The ceremony started in 1933, when the then-manager put three ducks in the fountain for a joke. They were so popular, he added another two and they’ve been an attraction ever since. Ducks do their Peabody duty for three months, then retire to the farm where they were born and live the remainder of their lives in the wild. 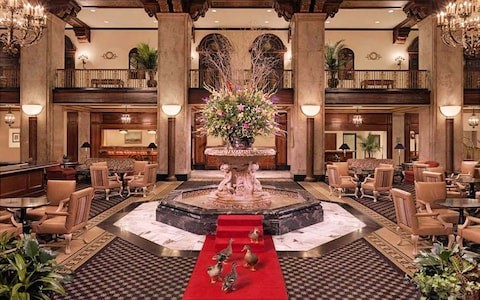 Move over Elvis, it’s the ducks taking over the Peabody Hotel that are worth a stop in Memphis.

Riverlorians are experts when it comes to Mississippi trivia, imparting all sorts of tidbits in talks while the paddle boats are sailing. You learn that paddlewheel boat gangways are known as ‘stages’ because back in the day actors would perform there to drum up business for the shipping lines. And that many houses in New Orleans were built with the wood from log rafts. These were used in the days before boats had keels to float goods downstream but could only go one way – an excellent early example of recycling.

Plenty of famous names are associated with the Mississippi. President Abraham Lincoln, blues supremo BB King, general-turned-President Ulysses Grant, Samuel Clemens. Samuel who? Better known as Mark Twain, Clemens grew up in Hannibal, Missouri, and spent his early years learning to be a river pilot. His pen name came from the cry ‘mark twain’, a term that means the water is two fathoms (12 feet) deep. He left Hannibal in 1864 but the town has not forgotten its famous son, with a museum in his boyhood home, Sawyer’s Creek café, a Mark Twain beer company and Finns Food and Spirits among the establishments dedicated to his memory. 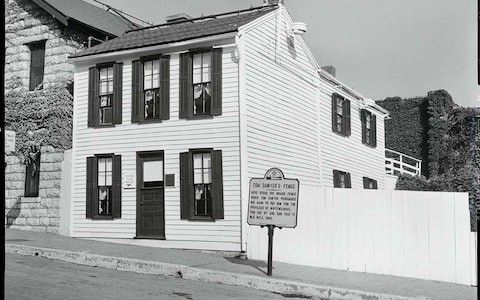 Author Mark Twain grew up along the Mississippi, and his childhood home has the famous fence painted by his character, Tom Sawyer

With its manicured lawns, orderly houses and neatly-attired townswomen, you could be forgiven for thinking you have walked onto the set for a remake of the Stepford Wives when you arrive in St Francisville. Hard to imagine that just down the road, the port of Bayou Sara – long since swept away by war, fire and floods – used to be known as the bad boy of the Mississippi, rife with prostitutes and gamblers eager to relieve the cotton traders of their riches.

If you only remember one thing in Baton Rouge, the state capital of Louisiana, it’s the name Huey Long. He was the controversial governor from 1928 to 1932 who on the one hand called for a Share the Wealth scheme to help the poor and on the other was accused of enlisting the help of local criminals to knock down the existing governor’s residence, then spent $172,000 building and furnishing a new one. It looks so similar to the White House in Washington DC that it has been used as a stand-in in films. 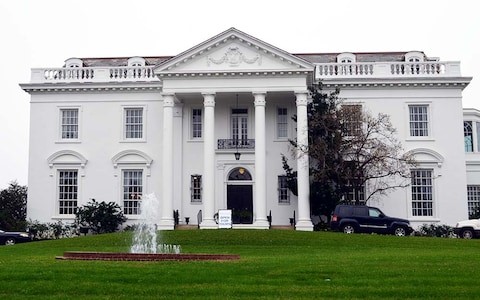 Debate still rages over whether the former Louisiana Governor’s Mansion was an example of fine Georgian-style design or an attempt by Huey Long to build a duplicate White House.

Riverlorian legend has it that John Streckfus, owner of the Streckfus Steamers excursion boats, gave jazz its name because he hired musicians from New Orleans to entertain the passengers; their music went on to be known as jazz, which could be the initials JS if said quickly with a southern drawl. What is fact is that Louis Armstrong played on the Streckfus Steamers from 1919 to 1922, and that John Streckfus pioneered leisure cruises on the Mississippi when he built the JS, a custom-designed entertainment steamboat.

7. Guides by another name

Don’t be surprised if you’re greeted at many museums and mansion houses by docents. Don’t know what that is? It’s from the Latin word docens and used in the US to describe guides. They don’t have to, but many not only wear historical costume (think top hats, tails and busty dresses), but sometimes even take the persona of a character from the past. I’ve seen Mrs James Shields lamenting being called “mad as a March hare” by Mrs Mary Lincoln and abolitionist Elijah P Lovejoy telling how he was shot by slave owners on his 35th birthday. Both certainly livened up a bus tour of Alton.

The name Elzie Segar is such a hero in his home town of Chester, Illinois, that there’s even a park named after him featuring a large bronze statue of his famous creation, Popeye, the spinach-guzzling sailor man. The locals love him so much they have created a Popeye trail of statues depicting Olive Oyl, Sweet Pea, Bluto and other characters from the cartoons, while the Spinach Can Collectibles is a store-cum-museum filled with Popeye memorabilia to browse and buy.

Keeping the Blues Alive at Sea Mediterranean 2020
Scroll to top